According to the Chilam Balam of Chumayel, the territory of the current Quintana Roo was the first settlement of the Itzáes that arrived from the south in the year 435 A.D. and inhabited Syancan Bakhalal (today Bacalar).

It is said that the great Señor Kukulkan (who carried the same name of the God of the wind) created the League of the Mayapán Tribe that lasted during of the years 987 to 1185 A.D. The Mayan descendants in today’s state of Quintana Roo were a part of this tribe. From that time there were a series of internal fights, and in 1461 nineteen chieftainships in the peninsula of Yucatan were established. These were written down as in the state of Quintana Roo and named: Cochuah, Chactemal (Chetumal), Cuzamil (Cozumel), Chohuac-Há, Tazes, Kupul and Ekab (in the north region of Quintana Roo).

The geographical area of the present day Puerto Morelos presents traces of settlements of the Mayan culture belonging to the Chieftainship of Ekab, whose political influence covered from Cabo Catoche to Tulum.
This is demonstrated by structures located in the forest and along the coast, “Coxol” located 1 kilometer to the north of the city, “The Altar” located in the botanical garden “Alfredo Barrier Marín”, the “Mayan walls” that are found in a portion in the mangrove swamp to the south of the city, and the “Pyramid of Muchil” near Punta Brava to the south of the city.

In the coastal zone of the city, two pre-Hispanic Mayan structures existed that were destroyed to utilize their rocks in the construction of the lighthouse that was inclined by Hurricane Beulah in 1967. This leaning lighthouse is the current emblem of Puerto Morelos.

Due to the fights between chieftainships the administrative and political conditions were quite weak. It is during this period that the Spaniards discovered and later conquered the region. The conquest was not easy due to the natural conditions and to the violent resistance on the part of the Maya. In 1526 Francisco of Montejo (father of “the advanced one”) tried continually to conquer the east of the peninsula of Yucatan, but he was not successful until 1540 when his son, Francisco, and León “el Mozo” began a second campaign, against the existing chieftainships in Quintana I Roo, Ekab was the first one in swearing obedience to the conqueror.

The governments of Yucatan never achieved the complete control of the natives of the east of the peninsula, who fought for the restitution of its lands and to establish their own government. On July 30, 1847 in Tepich, the rebellion of the Maya, Castes War exploded and would last more than 50 years, but the busy zone of what is now Puerto Morelos was not greatly affected.

In 1893, Mexico signs with Great Britain the final treaty of the Belize-Quintana Roo border (Mariscal Spencer Treaty), and as a result Quintana Roo arose as a strategic region for Porfirio Díaz. The inexact nature of the border, motivated President Porfirio Díaz to send the commander Othón P.White to that zone, with the purposes to enforce the dividing line, to impede the traffic of weapons, to reinforce the military campaign of General Ignacio Bravo against the Mayan Indians and seek the pacification of the zone. And at the same time achieve a permanent establishment for the Mexican
population (that had fled to Belize by the War of Castes) in the territory of Quintana I Roo. 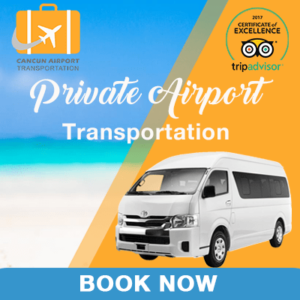 For Tours and Transportation.